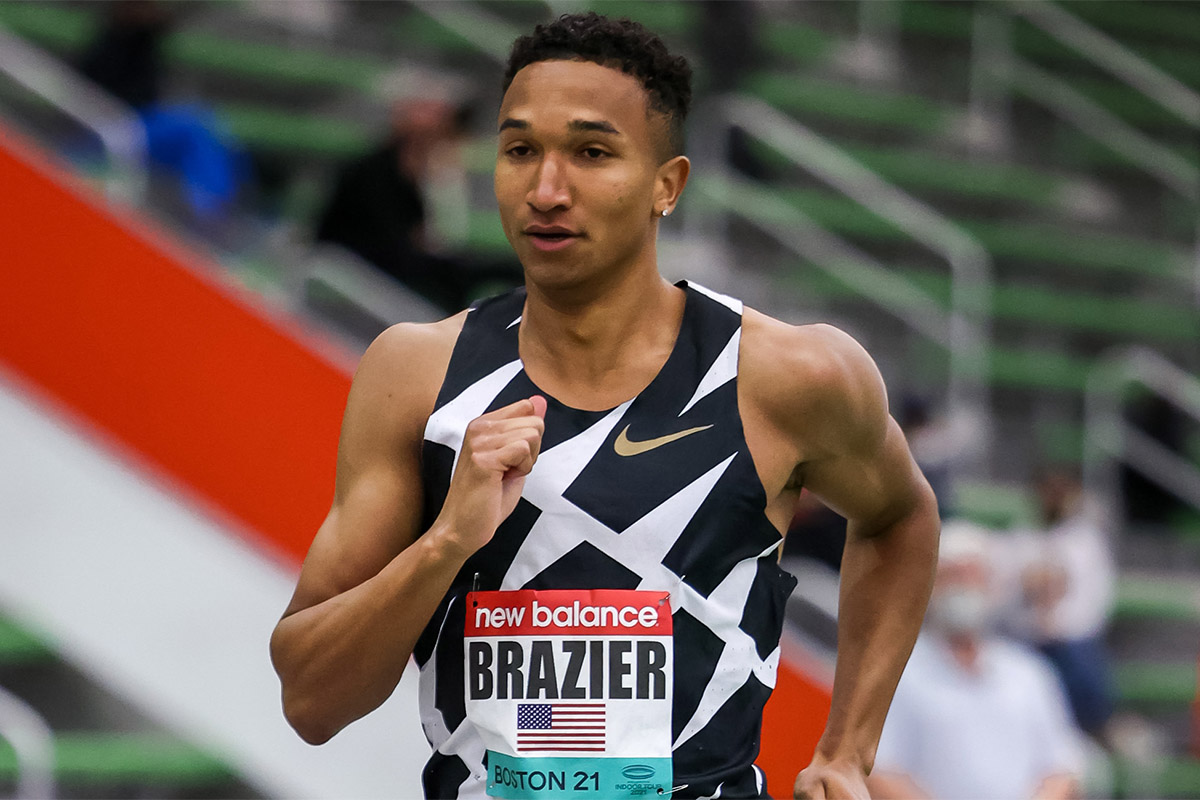 Few athletes have risen to the top of their sport as quickly as Donavan Brazier has. In a single year, Brazier went from one of the nation’s top high school half milers to one of the world’s very best. In 2015, Donavan Brazier finished his senior year as Michigan’s high school state champion at 800 meters. Less than eight months later, Brazier opened his 2016 track season by breaking the US junior record for the indoor 800m.

In his outdoor campaign, Donavan finished third at the SEC Championships and just qualifying for the final would have been an accomplishment for the 19 year-old college freshman. After setting a new lifetime best in the semi-finals, Donavan ran away with the NCAA final, winning by nearly a second. His winning time of 1:43.55 broke Jim Ryun’s NCAA and American Under-20 records, set 50 years ago to the day.

In Donavan's first full season as a professional, he ran away with the US outdoor title at 800m and finished 2017 ranked among the top 10 in the world by Track & Field News Magazine. The 2018 winter saw win his first US indoor title at 800m, though an injury forced him to miss the outdoor season.

Beginning 2019 under coach Pete Julian, Donavan began the year in style, running 1:44.41 to break Johnny Gray's American Indoor Record for 800m, set back in 1992. Two weeks later, Donavan won the US Indoor national title over 600m in a stunning 1:13.77, more than one second faster than had ever been run before.

Following up on his 2019 indoor season success, Donavan has established himself as one of the world's best 800m runners. In July 2019, Donavan won his second US outdoor title over 800m and the following month, won the 800m at the IAAF Diamond League Final in Zurich in a time of 1:42.70, a lifetime best and only one-tenth of a second off of the American Record. The following month at the IAAF World Championships in Doha, Donavan became the first American man to win the world title at 800m, winning in 1:42.34, a new American record.

In his first race over 800m in the 2020 season, Donavan ran 1:44.22 at the Millrose Games in New York City, breaking his own American record set one year earlier. In the limited 2020 outdoor season, Brazier was untouchable, winning every one of his races and ending the year as the fastest man in the world over 800 meters.

Donavan's 2021 campaign started out right where he had left off, with a new American indoor record over 800m at the New Balance Indoor Grand Prix. However, an injury in his lower leg limited the rest of his season, ending with an eighth-place finish at the US Olympic Trials.

Bouncing back strongly from his 2021 disappointment, Donavan spent the 2022 indoor season focusing on the 400m, setting a new lifetime best with a third-place finish at the Millrose Games. At the USATF Indoor Championships, Donavan shocked the field to finish second, qualifying him to represent Team USA in both the 400m and 4x400m relay at the World Athletics Indoor Championships in Belgrade, Serbia. 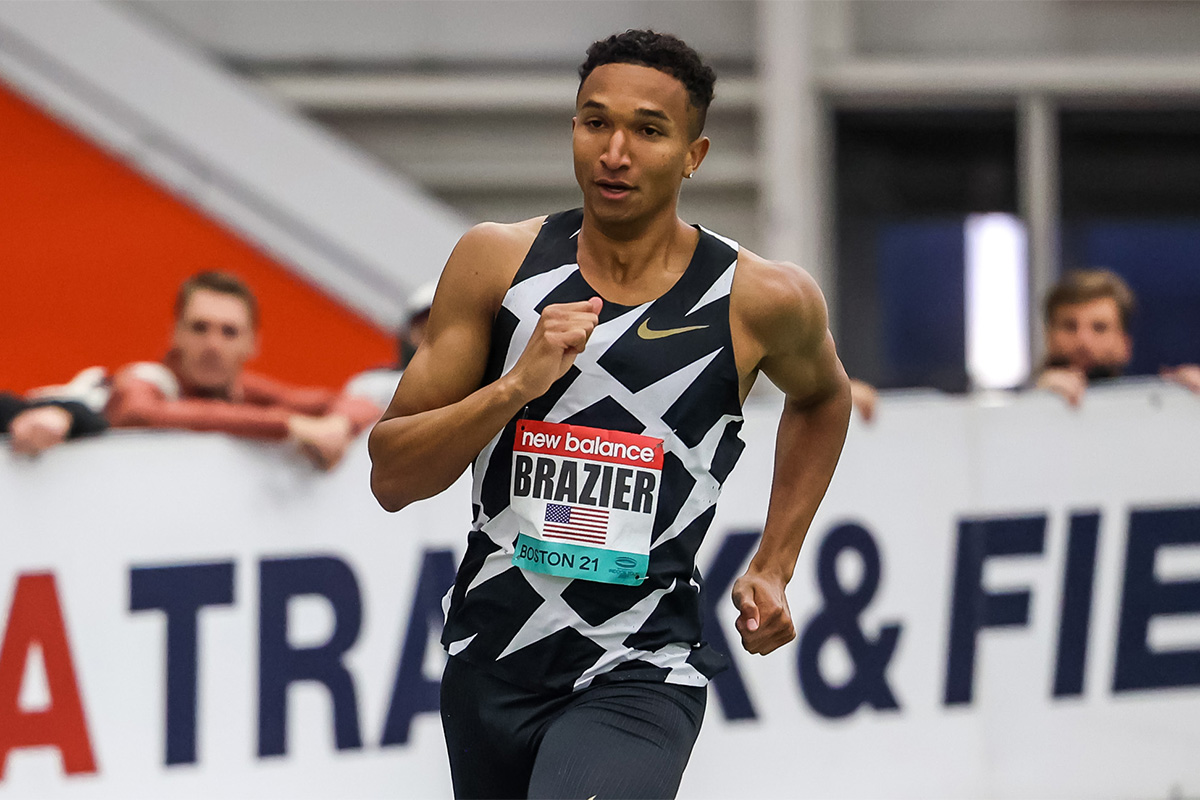 Donavan Brazier breaks his own US indoor 800m record