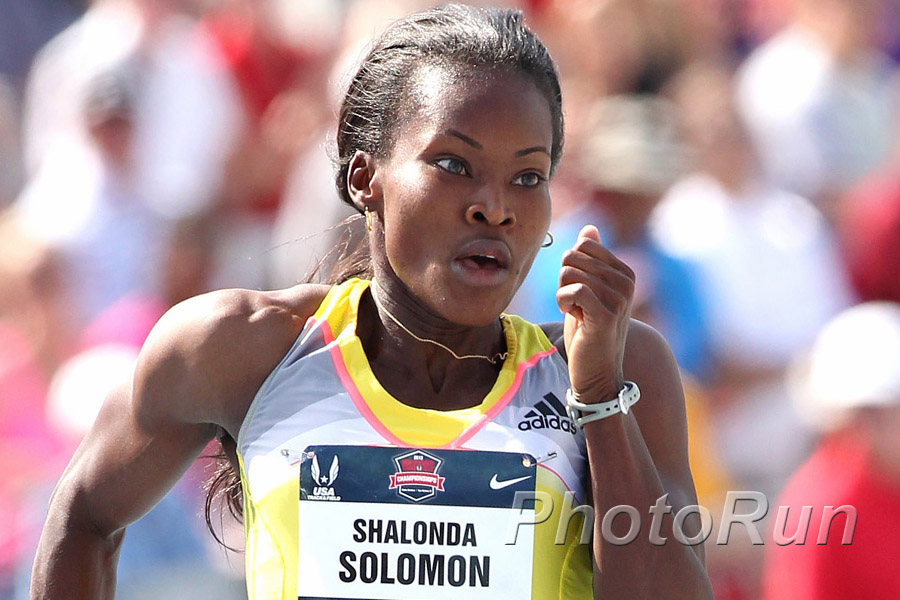 A graduate of track powerhouse Long Beach Poly in Long Beach, Calif., Shalonda – who hopes to someday follow in her mother Yolanda’s career footsteps – decided on the University of South Carolina in part for its strong nursing program. The honor of twice being named the Gatorade National High School Female Athlete of the Year (2003 and 2004) proved well-deserved when Shalonda became the NCAA Champion at 200 meters as a sophomore, capping an undefeated collegiate season at the distance. Then, just weeks later, she finished second at 200 meters at the US Championships after also making the 100-meter final.

Solomon’s junior season was curtailed by a strained left quadriceps muscle, so she was unable to defend her 200m title. The injury, now healed, gave her some added insight into the career of an athlete. “You will have your ups and downs,” she told South Carolina athletes at the press conference to announce she was turning pro, “so remain close to those who love you so you can receive their support when you have those downs.” 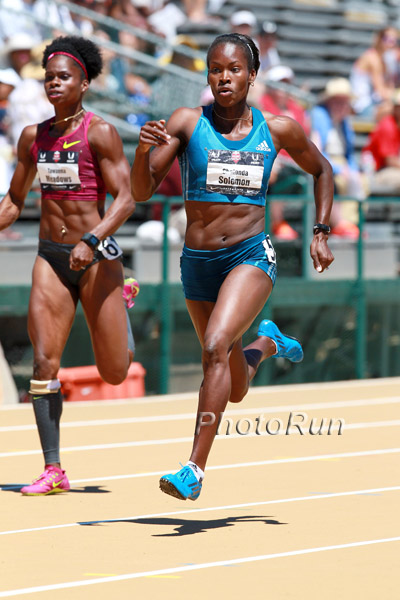