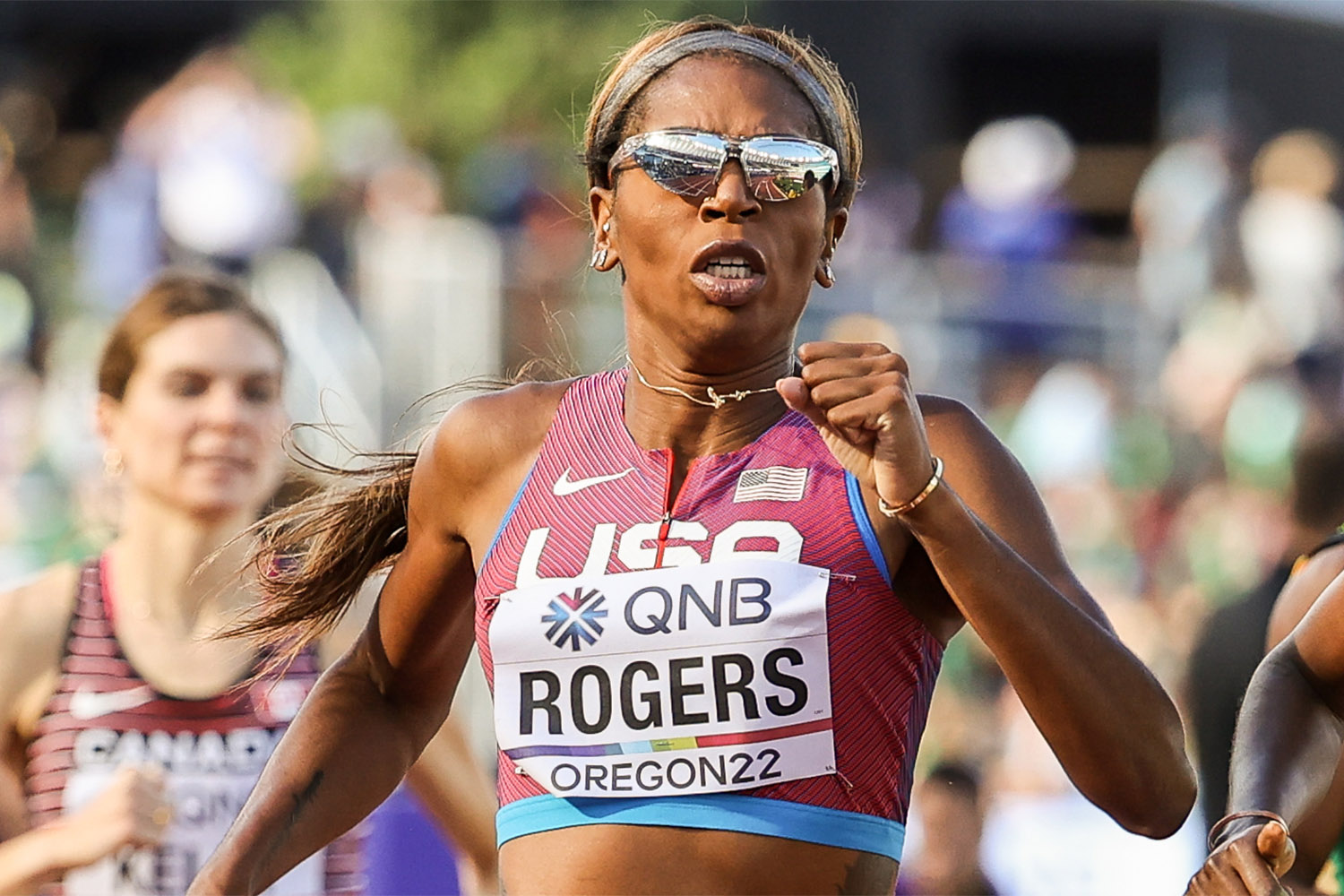 Since her youngest days, Raevyn Rogers has been out to make history. Raevyn first made herself known nationally in track circles as a seventh grade student, when she won the Junior Olympics 400m in a time of 53.36, fast enough to make twelve year-old Raevyn among the top- 10 fastest high school girls that year.

Despite her enormous talent as a quarter-miler, Raevyn shifted focus in high school to the 800m, and own her first high school national championship as a sophomore. The following year, she set a lifetime best winning the bronze medal at the IAAF World Under-18 Championships in Ukraine. A year later, Raevyn won the US Junior title in Eugene, Oregon. Fittingly, Raevyn decided to stay in Eugene and compete collegiately for the University of Oregon.

At Oregon, Raevyn’s career was nothing short of sensational. She won NCAA outdoor titles over 800m in her freshman, sophomore and junior seasons, and won two more championships indoors along the way. She capped off her junior year by running a stunning 49.77 anchor leg on the Oregon Ducks’ 4x400m relay, securing both the relay title and the overall NCAA team championship for Oregon.

While the 2020 season was severely curtailed by COVID-19, Raevyn still managed to pick up top finishes at high level competitions in both Stockholm and Göteborg. Going in 2021, Raevyn planned a limited racing program, focused entirely around the US Trials and it was a smashing success: at the US Trials, Raevyn finished second in a new lifetime best of 1:57.66  to qualify for her first Olympic Games. In Tokyo, Raevyn qualified for the final where she unleashed a phenomenal final homestretch to move from seventh all th way to third place in the last 100m of the race, winning the bronze medal. The following year, Raevyn finished third in the 800m in the USATF Championships, qualifying for her second-straight World Championships, where she finished sixth.

In addition to being a world-class middle distance runner, Raevyn is fluent in Spanish and also a serious artist. Samples of her works of art can be found on her social media channels and she considers art to be her other great passion, along with running. 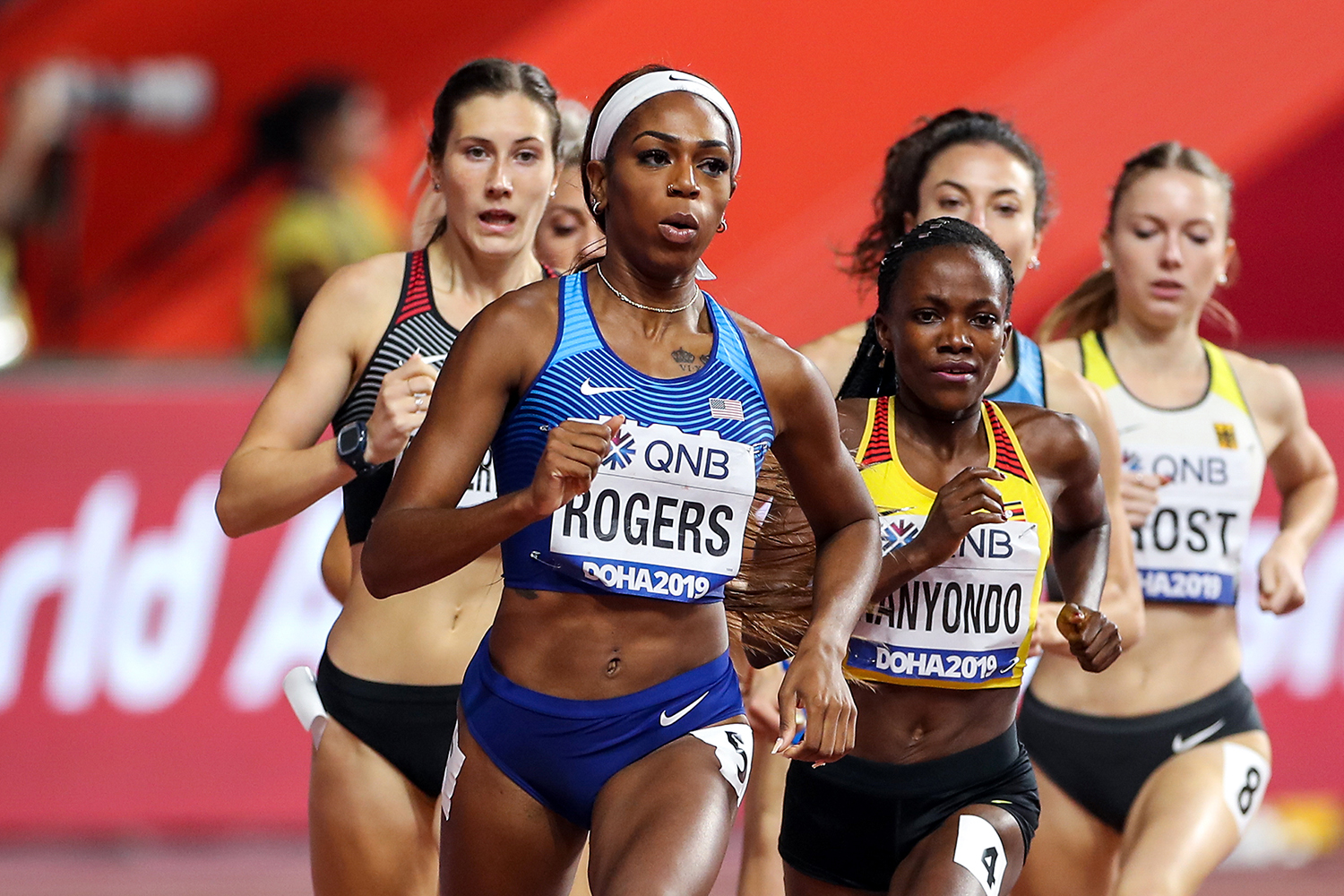