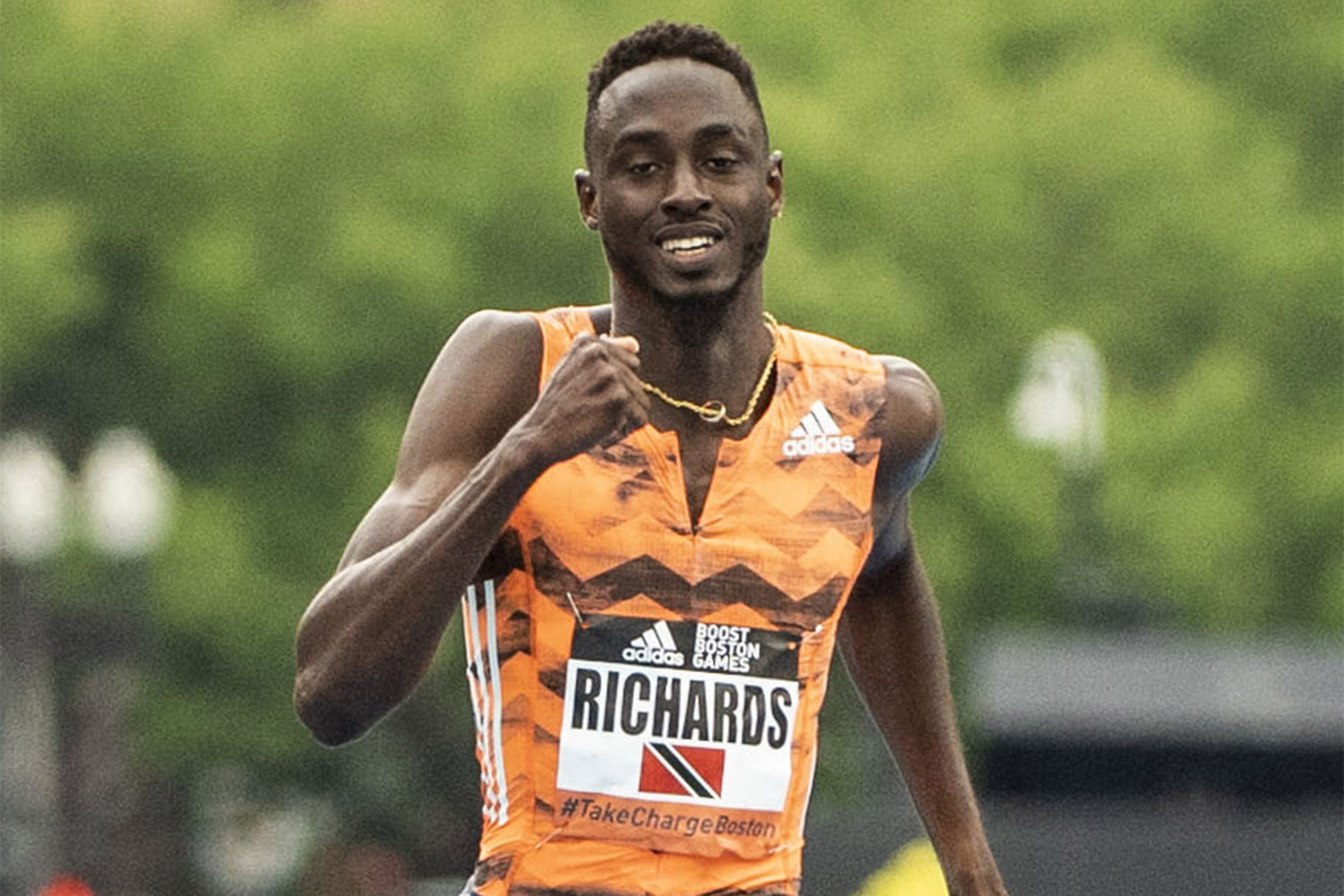 Jereem Richards has always been one to deliver when it mattered most. As an 18 year-old, he let a lifetime best to finish fourth in the 200m at his National Championships, earning him a spot at the Central American and Carribean Championships where he won his first international medal. Two years later, Jereem was embarking on his university career at South Plains College, where he scored in both the open 400m and as a key member of the 4x400m Relay. The following season, Jereem took first over 400m in the National Junior College Championships.

Despite missing out on nearly all of the 2016 season due to injury, Jereem was recruited to finish his collegiate career at the University of Alabama. At Alabama, Jereem finished second in the NCAA Indoor Champinoships over 200m, setting a national record. Outdoors, Jereem set a lifetime best of 19.97, breaking Calvin Smith’s 34 year-old school record. After a third place finish over 200m at the NCAA Outdoor Championships, Jereem was named to Trinidad & Tobago’s national team for the IAAF World Championships in London. In London, Jereem exceeded all expectations, and won the bronze medal in the 200 meters. As if that wasn’t enough, Jereem won gold as a key member of Trinidad & Tobago’s 4x400m Relay team, winning the world title in a shock upset over the USA.

One month after winning two medals at the IAAF World Championships in London, Jereem Richards and his representatives at Global Athletics have announced that he had turned professional and has agreed to an endorsement contract with adidas.

In April 2018, during his first season as a professional athlete, Jereem won the gold medal over 200m at the Commonwealth Games in Gold Coast, Australia. The following year, Jereem played a key role as part of Trinidad & Tobago's gold medal-winning 4x400m Relay team at the IAAF World Relays in Yokohama, Japan. Later that summer, Jereem took first and second at the Trinidad & Tobago national championships over 200m and 100m, respectively, and took the silver medal over 200m at the Pan-Am Games in Lima, Peru.

Following a COVID-19 limited 2020 season, Jereem was back in full competition in 2021, winning early season races at both the Oregon Relays and the adidas Boost Boston Games. Jereem's good form qualified him for the Tokyo Olympic Games, where he finished eighth in the final of the 200m and ran in the second leg of Trinidad & Tobago's 4x400m relay team.

Jereem kicked off the 2022 season in spectacular fashion, capping off an undefeated indoor season with the gold medal over 400m at the World Indoor Athletics Championships in a new national record of 45.00. During the outdoor season, Jereem won the Trinidad & Tobago national title over 200m, earning him a spot at the World Championships in Eugene, Oregon. In Eugene, Jereem finished sixth in the final of the 200m. Just two weeks later, Jereem successfully defended his Commonwealth Games title at 200m, winning in a new lifetime best of 19.80. 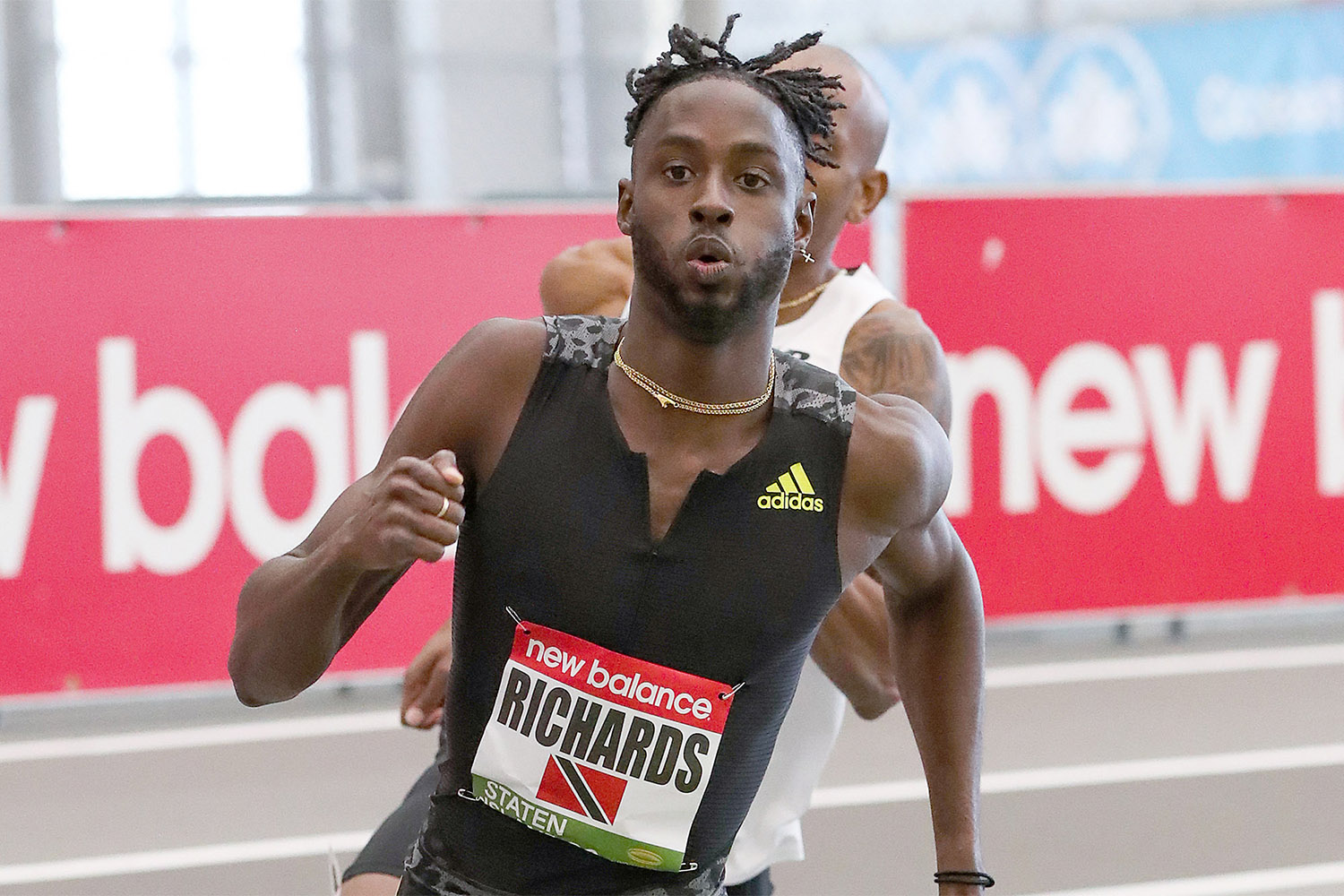