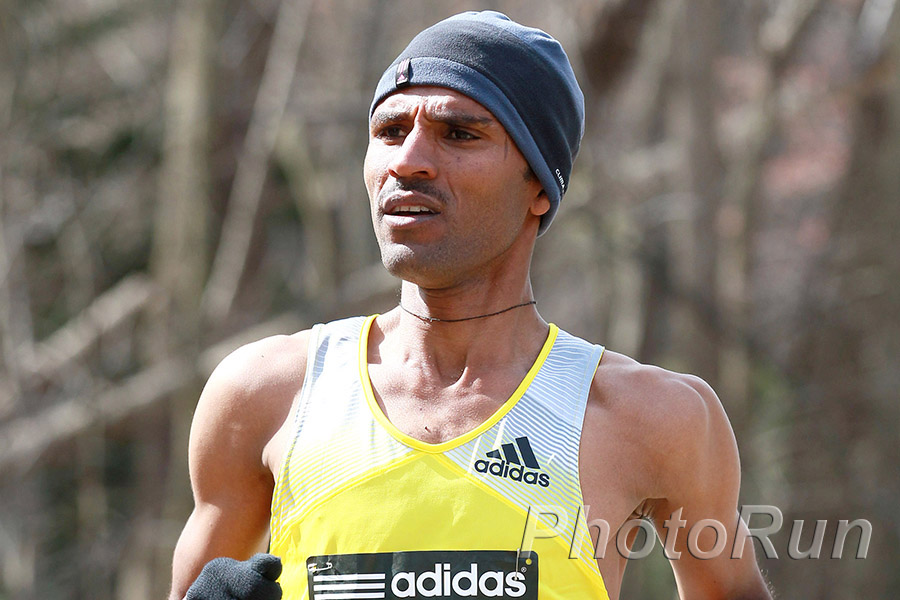 After a fourth place finish over 5000m at the 2004 Olympics, Gebre continued to focus on the track, recording top times at 5000m and 10000m in 2005 and 2007, before winning the African Championships over 10000m in front tens of thousands of fans in Addis Ababa. A year later, Gebre used a furious sprint up a steep final hill to win the 2009 IAAF World Cross Country Championships, his first world senior title.

In 2010, Gebre made a transition to road racing and went on a tear in the US circuit, winning races in New York, Atlanta, Maine and Massachussetts before finishing a close second at the ING Philadelphia Rock ‘n Roll Half Marathon, all of which was preparation for his debut marathon at the ING New York City Marathon. At New York, Gebre let the more experienced marathoners do the early work, positioning himself at the tail end

of the lead pack, moving up as more and more runners fell off the quickening pace. Gebre’s surges in the final miles dropped his final challenger, allowing him to become the first man since 1983 to win his debut marathon at New York.

He and his wife, eight-time World Cross Country medalist Werknesh Kidane, have two sons: Nathaniel and Muse. Well traveled, Gebre is a media favorite for his engaging personalisty and English speaking skills.