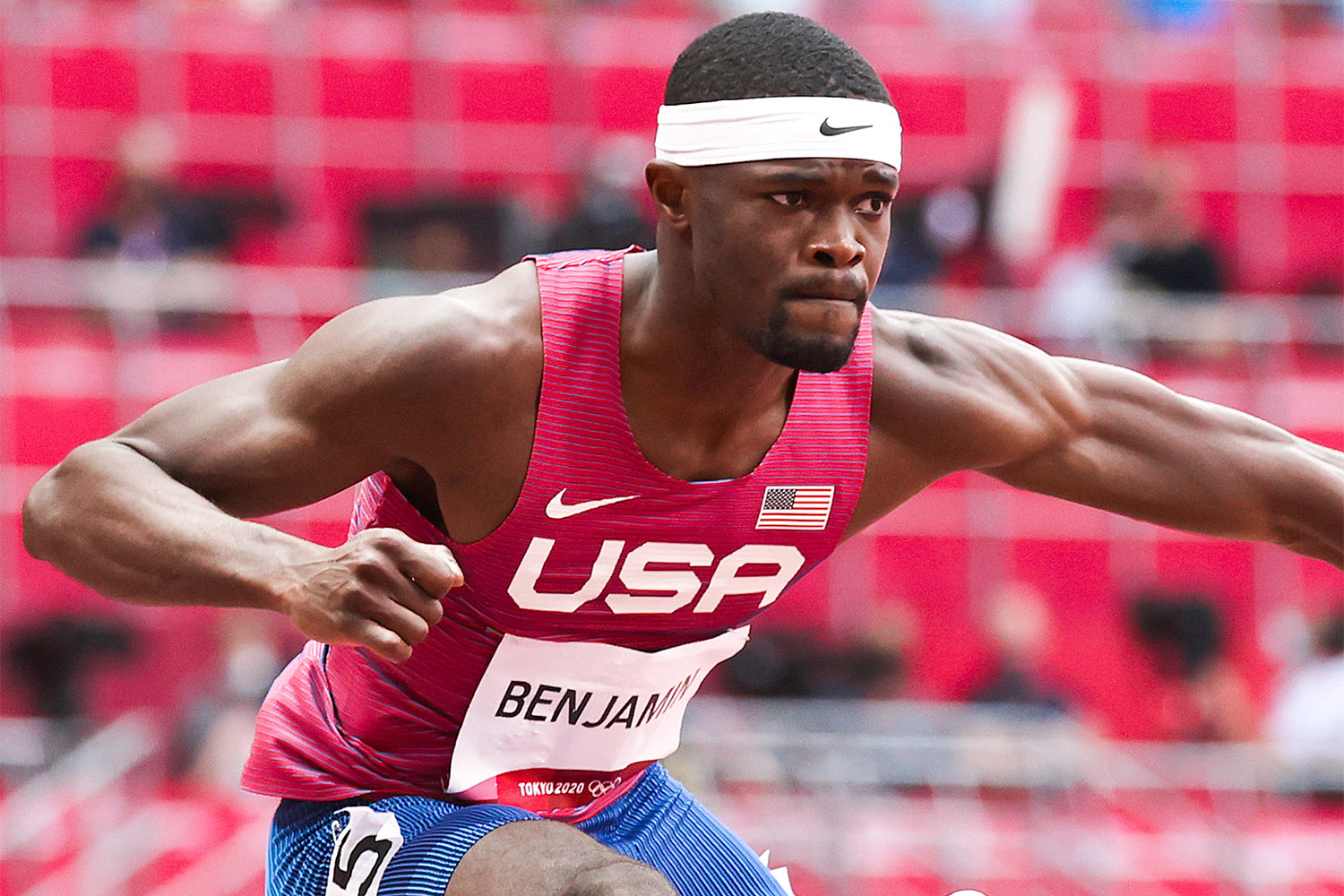 In just three short years, Rai Benjamin has gone from being a top-level prep sprinter to being among the best track athletes in the world in three events and threatening a world record that’s older than Rai himself.

Born in Mount Vernon, New York, just outside The Bronx, to Winston Benjamin, a former international cricketer for Antigua and Barbuda, and Gale, an administrator in the field of childhood development, Rai started running track in seventh grade, but it wasn’t until high school that he started to put in more serious training. The results were evident immediately: as sophomore, Rai won the New York High School State Championships in the 400m Hurdles, a feat he repeated in his junior and senior seasons. He also excelled in the flat sprints, taking third in the 200m at the high school indoor national championships.

While competing at the famed Arcadia High School Invitational, Rai decided his next move would be to southern California for college, and enrolled at UCLA, where he was an immediate force to the Bruins. As a true freshman, Rai finished sixth in the 400m Hurdles at the NCAA Championships. As a sophomore, he won the PAC-12 title for the Bruins and finished second in the NCAA Championships.

Following the end of Rai’s sophomore year, a change in coaching at UCLA prompted him to transfer to crosstown rival USC, where Rai’s steady improvement continued. Atypically for a sprinter standing 6’3”, Rai excelled indoors, finishing third in the NCAA Indoor Championships over 200m and running a crucial leg for USC’s indoor championship 4x400m relay team, helping USC dip below the existing world record.

Outdoors, Rai was in a class by himself in the 400m hurdles. At the NCAA Regionals, Rai dipped under 48.00 seconds for the first time, joining a rare group of elite 400m hurdlers, and then at the NCAA final in Eugene, Oregon, ran away with the title in 47.02, equaling Edwin Moses' lifetime best and former world record. Later that evening, Rai recorded a 43.7 second split on USC’s championships 4x400m relay team.

In 2019, his first full season as a professional, Rai improved his lifetime best to 46.98, making him the equal-third fastest man in history. At the 2019 World Championships in Doha, Qatar, Rai won the silver medal in the 400m hurdles and anchored Team USA to gold in the 4x400m relay.

After staying away from competition during the 2020 season due to COVID-19, Rai returned to top form in 2021. Rai opened the season with a new lifetime best for 400m indoors and won all his 400m hurdles races going into the US Olympic Trials. At the Trials, Rai won in dominating fashion, running 46.83, at the time, the second-fastest time ever run. At the Tokyo Olympics, Rai smashed Kevin Young's 29-year old American record, running 46.17 to win the silver medal. Four days after his record run, Rai anchored Team USA's 4x400m relay squad to gold.

When he isn’t sprinting and hurdling, Rai can often be found cooking in his kitchen or enjoying the LA restaurant scene. 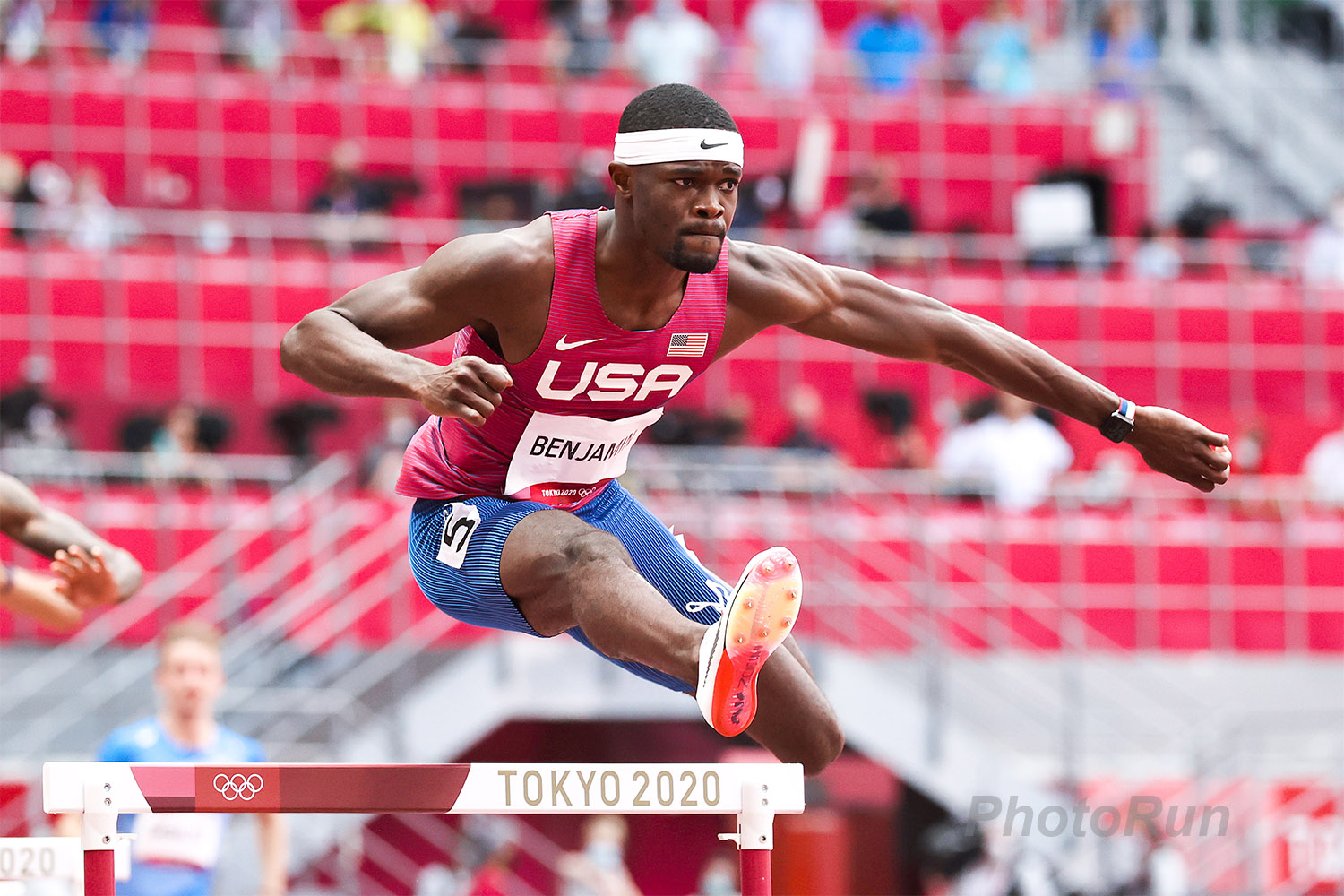