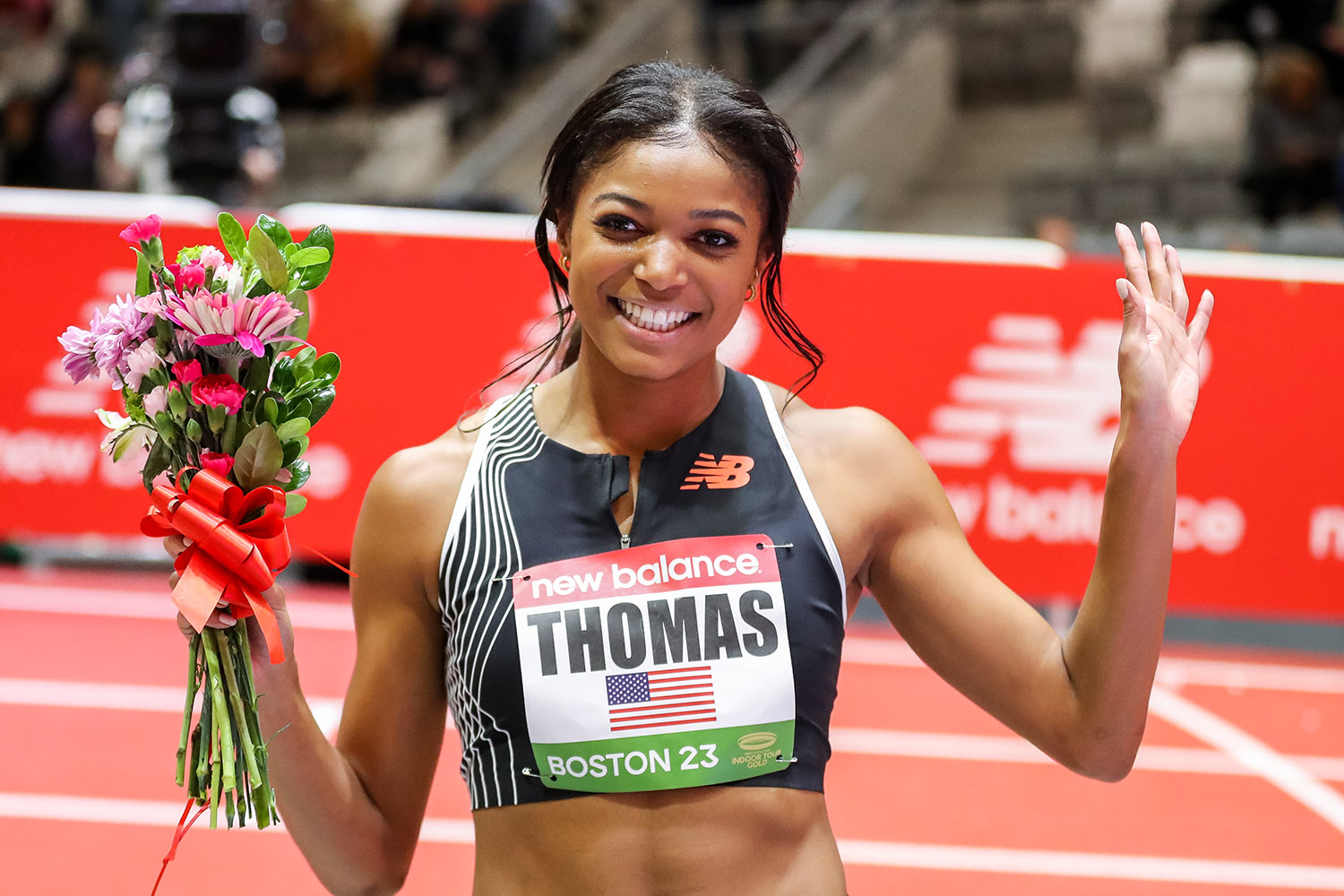 From an early age, Gabby Thomas dominated her competition. As a student at Williston-Northampton School in Florence, Mass., Thomas won 11 New England track and field titles across the 100m, 200m, relays, long and triple jumps.

The Bay State-native opted to move just down the Pike to Harvard University for her college education, and Gabby was an immediate force for the Crimson. As a freshman in 2016, Gabby won four Ivy League titles and finished third in the 200m at the NCAA Outdoor Championships. The following year, she won three more Ivy League titles and repeated her third-place finish at the NCAA Outdoor Championships.

In 2018, Gabby won the 200m at the NCAA Indoor Championships in a time of 22.38, a new collegiate record. The title also made Gabby the first Ivy League athlete to win an NCAA Indoor sprint title. Following the end of the 2018 NCAA season which saw Gabby take second in the outdoor 200m final, Gabby decided to forego her remaining eligibility and turn professional.

Gabby’s first season as a professional got off to a good start, seeing her finish second in the 300m at the 2019 USATF Indoor Championships. However, an injury she suffered at the USATF Outdoor Championships that summer brought her season to a premature end.

Following a 2020 season that saw limited competition due to COVID-19, Gabby made 2021 the best year of her career to date. At the New Balance Indoor Grand Prix, Gabby ran away with the 300m in 35.73, making her the fifth-fastest woman in history. At the US Olympic Trials that summer, Gabby set a lifetime best of 11.00 in the rounds of the 100m and finished fourth in the final, qualifying her for a spot on the 4x100m relay in Tokyo. Days later, Gabby destroyed the field in the final of the 200m, winning in a scorching 21.61, making her the second-fastest woman in history. At the Tokyo Olympics, Gabby finished third in the final of the 200m, earning her the bronze medal. Three days later, Gabby anchored Team USA home to the silver medal in the 4x100m relay.

Gabby's 2022 started out strong, with a 21.98 clocking to win the 200m at Doha. However, an ill-timed injury took her out of contention for the US Championships, where she finished eighth. Gabby was able to bounce back late in the season, and ran a strong race to finish second in the 200m at the Wanda Diamond League Final in Zurich.

After finishing her degree in Neurobiology at Harvard, Gabby relocated to Austin, Texas, where she trains full-time and is also working towards her Masters in Public Health at UT-Austin.