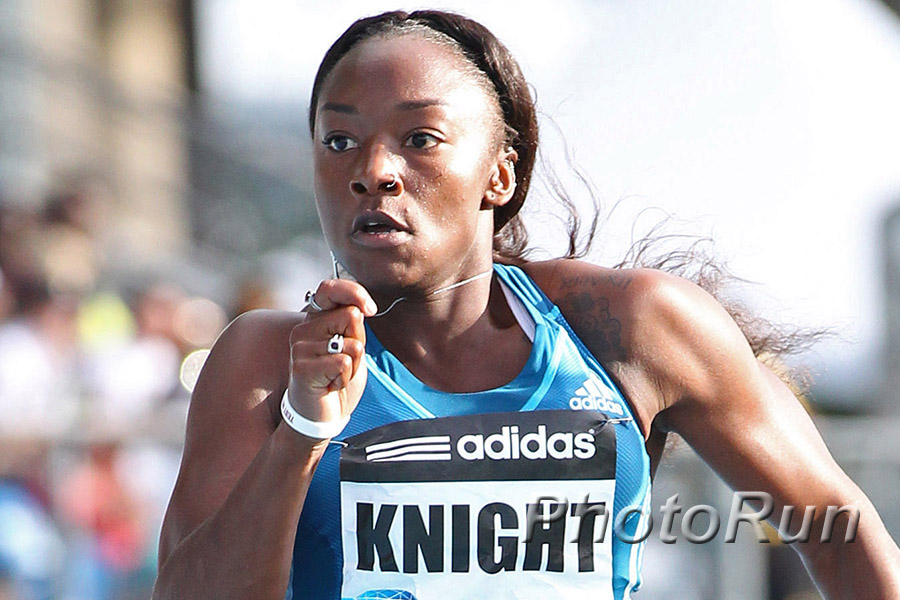 Bianca Knight didn’t even know what the lanes were for when she went to her first track practice at the age of 12, but she beat everyone anyway. Before long, she was dominating the Mississippi – and national – high school scene, where she began competing as a seventh grader. By the time she graduated from Ridgeland High School in 2007, she had won 15 individual state titles at 100m, 200m and 400m among her 23 overall including relays. Bianca would also own state high school records at 100m and 200m, and be the first Mississippian to be named Gatorade National Girls Track & Field Athlete of the Year. Oh yes, and she is the 2005 World Youth Champion at 100m, as well.

After a semester running for the University of Texas, which she still attends, Bianca broke Veronica Campbell-Brown’s collegiate record for 200m indoors when she won the national title in 22.40. Deciding to focus her full athletic attention on training for the 2008 Olympic team, Bianca turned pro and, in her professional debut, ran 22.62 seconds to defeat Campbell-Brown at 200m in the Jamaica International Invitational. She set her 200m PB in winning the Reebok Grand Prix on May 31, and lowered her 100m PB in the quarterfinals of the Olympic Trials.

Perhaps Bianca's greatest success so far was at the 2012 Olympic Games, where she ran an excellent third leg on the USA's 4x100m Relay Team, which not only won gold going away, but shattered the world record, which had been held by East Germany since 1985. 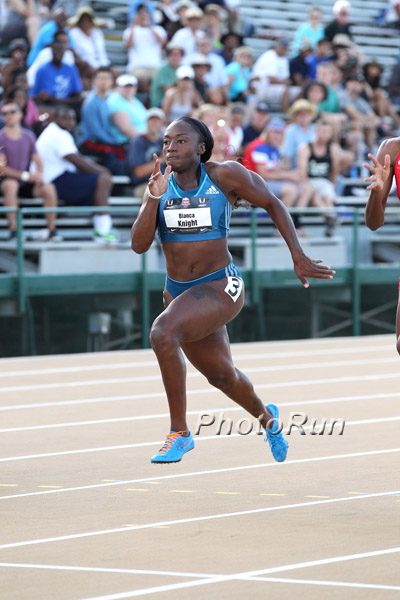