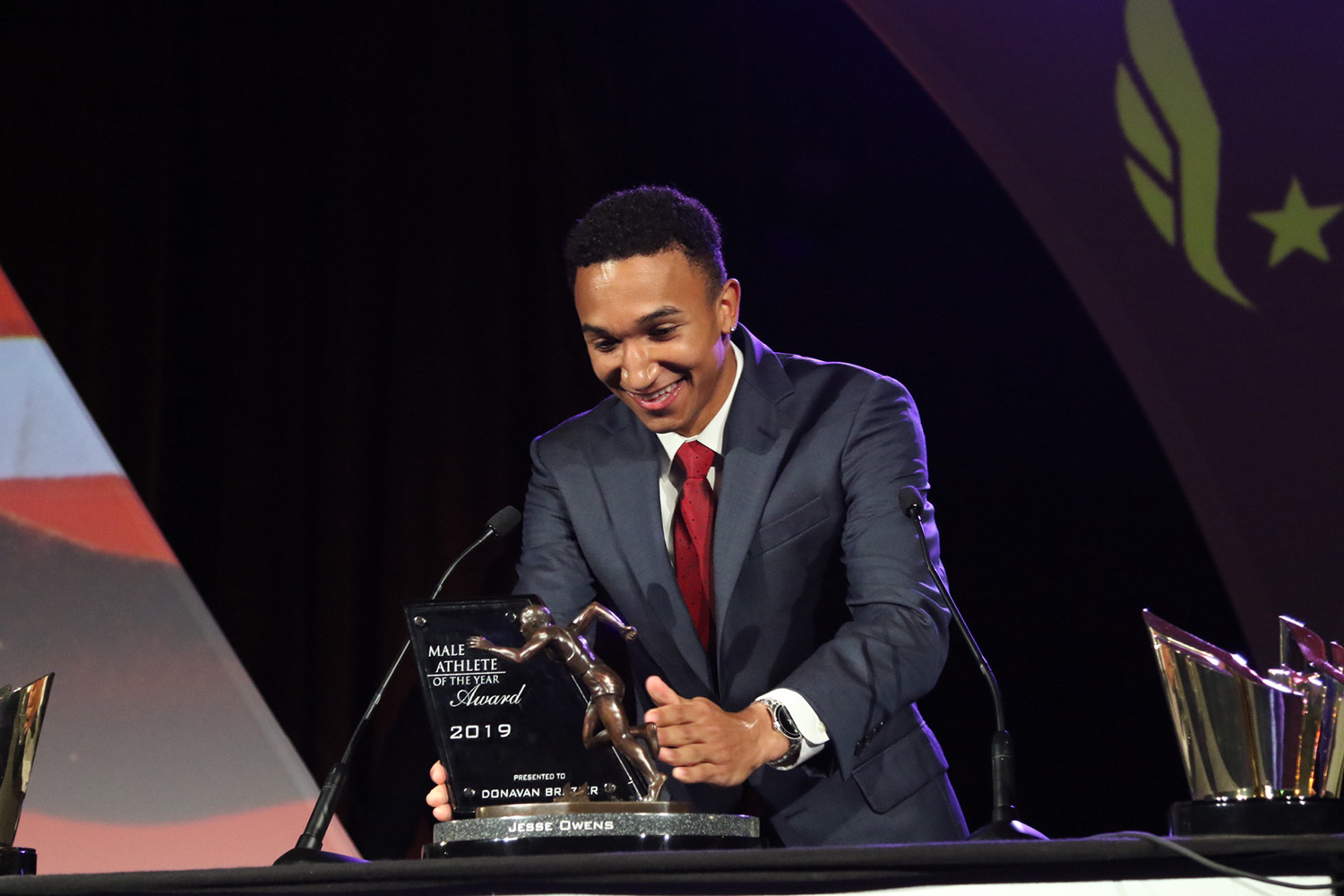 Donavan Brazier has won the 2019 Jesse Owens Award, given to the top American track and field athlete of the year.

Braziers 2019 was nearly a perfect season, that saw him set a world best for 600m, win the US outdoor and Diamond League title at 800m and become the first American man to win the world outdoor title at 800m, the latter of which was won in 1:42.34, breaking the previous American record set in 1985.