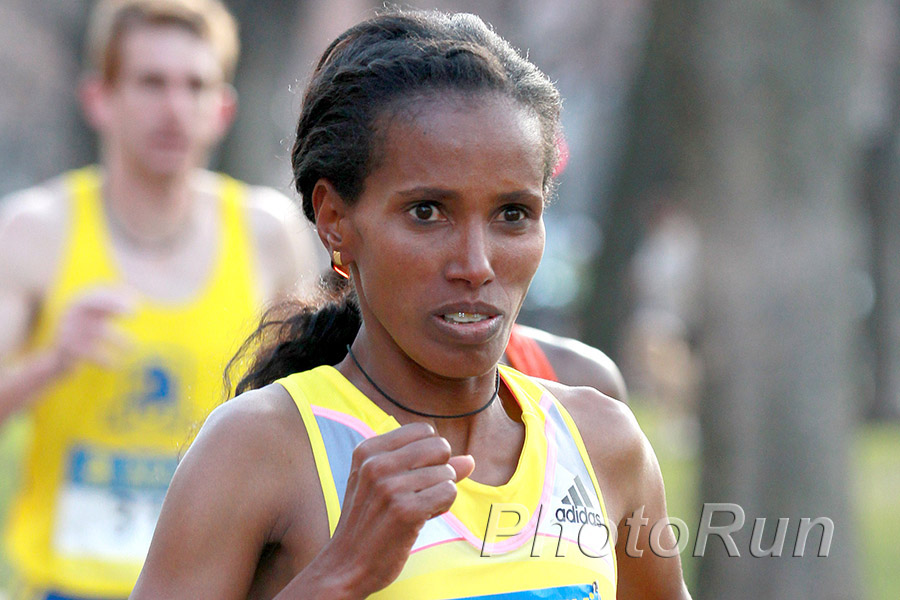 Many athletes view the World Cross Country Championships as the toughest competition to be found anywhere in the sport. If that’s true, then 25-year-old Werknesh Kidane must be one of the toughest athletes. Her eight medals at the event include gold in 2003 and 1999 (as a junior), and rank as the most World Cross Country medals won by any woman in history.

Werknesh’s star also shines on the track, with a silver medal at 10,000m in the 2003 World Championships, where her time makes her the fourth-fastest women ever at the distance. On May 29, 2005, she ran what was then the fastest women’s 10,000m race ever on U.S. soil when she won the Payton Jordan U.S. Open in 30:19.39. Her husband, Gebre Gebremariam, won the men’s 10,000m at the same event. They are now the parents of two sons, Nathaniel and Muse.