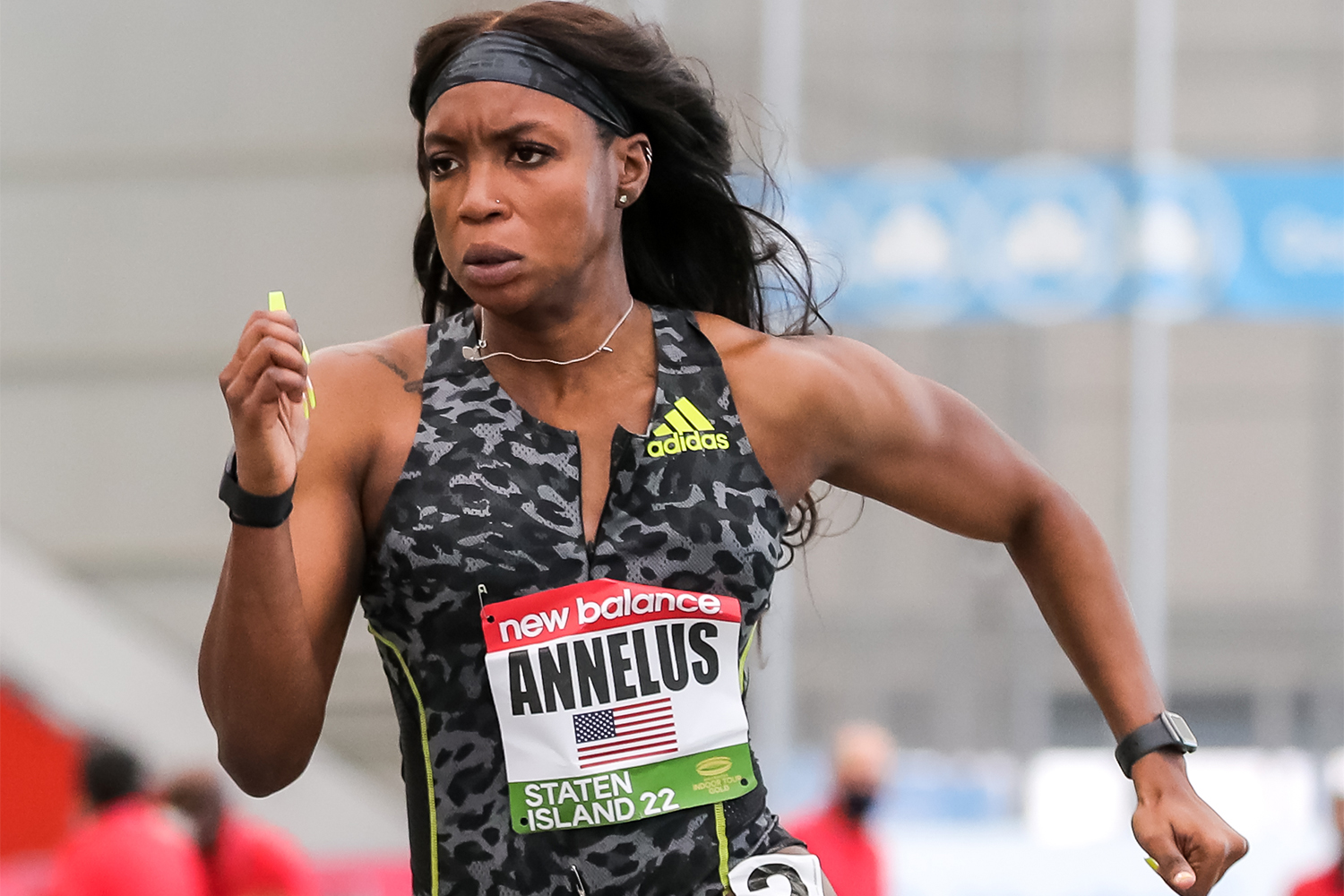 Growing up outside of Kansas City in Grandview, Missorui, Anglerne “Angie” Annelus was clearly destined for speed. As a student at Grandview High School, was a three-time state champion in the 100m and 200m and was named Kansas City Female Athlete of the Year in both 2014 and 2015.

Angie originally enrolled at UCLA but a coaching change led her to transfer to crosstown rival USC where her impact was immediately felt. In her first year running for the Trojans, Angie won the 200m at the NCAA Outdoor Championships. She also was the second leg on USC’s NCAA-winning 4x100m relay squad, helping the Trojans to the overall women’s team title. The following year, Angie repeated as NCAA outdoor 200m champion and again ran second on USC’s victorious 4x100m relay. After the NCAA Championships, Angie placed third in the 200m at the USATF Championships, earning her a berth to the World Championships in Doha, where she placed fourth.

After missing the 2020 season due to the COVID-19 pandemic, Angie returned to USC for a final season where she helped USC to a third-straight 4x100m title.