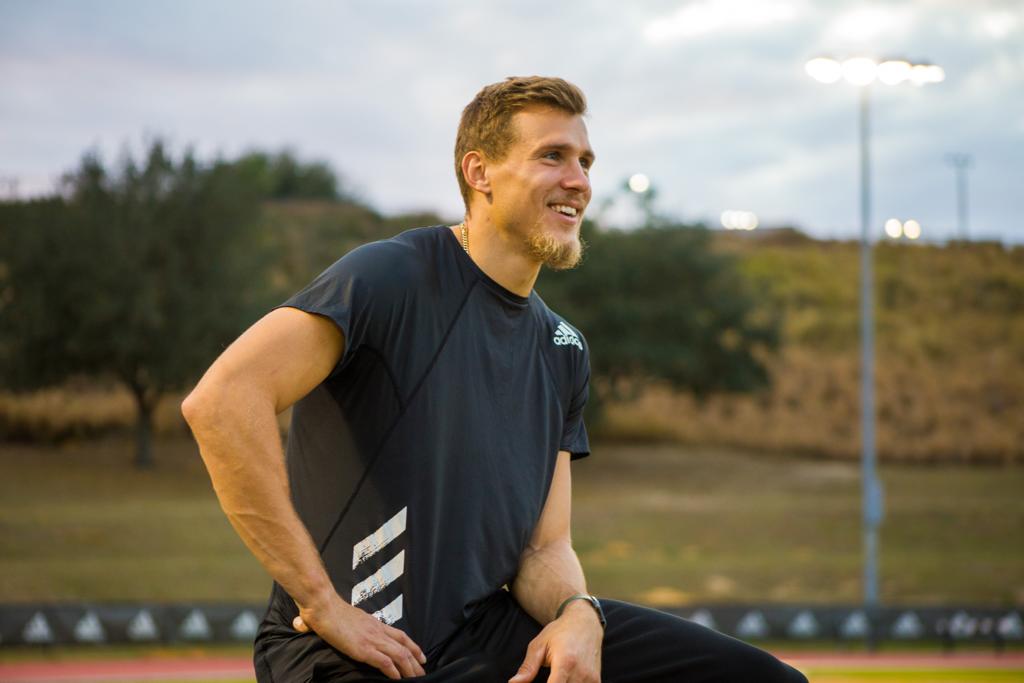 Maicel Uibo is Estonia’s leading track and field athlete and one of the best overall athletes currently competing today, both in Europe and worldwide.

After graduating from the Andentes Sports Centre in Tallinn, Uibo enrolled at the University of Georgia, where he quickly developed into one of the NCAA’s best all-around athletes. In his first full season for the Georgia Bulldogs in 2013, he took fourth and fifth place finishes in the NCAA Indoor and Outdoor Championships, respectively. The following year, Uibo improved to a second-place finish in the heptathlon at the NCAA Indoor Championships, and then took home top honors outdoors, winning the NCAA Outdoor Decathlon title for Georgia.

In 2015, Uibo successfully defended his NCAA Outdoor title and extended his season that summer to earn a tenth-place finish for Estonia at the World Championships in Beijing. The next year, Uibo capped off his collegiate career with another second-place finish at the NCAA Indoor Championships and a third-place finish outdoors.

At the 2018 World Indoor Championships, Uibo earned his first senior global medal, winning the bronze medal in the heptathlon. A year later, Uibo set a new lifetime best of 8604 points when he won the silver medal in the decathlon at the World Championships in Doha.

Uibo is married to college-sweetheart Shaunae Miller-Uibo, the 2016 Olympic Champion at 400m. They live and train together in Clermont, Florida.