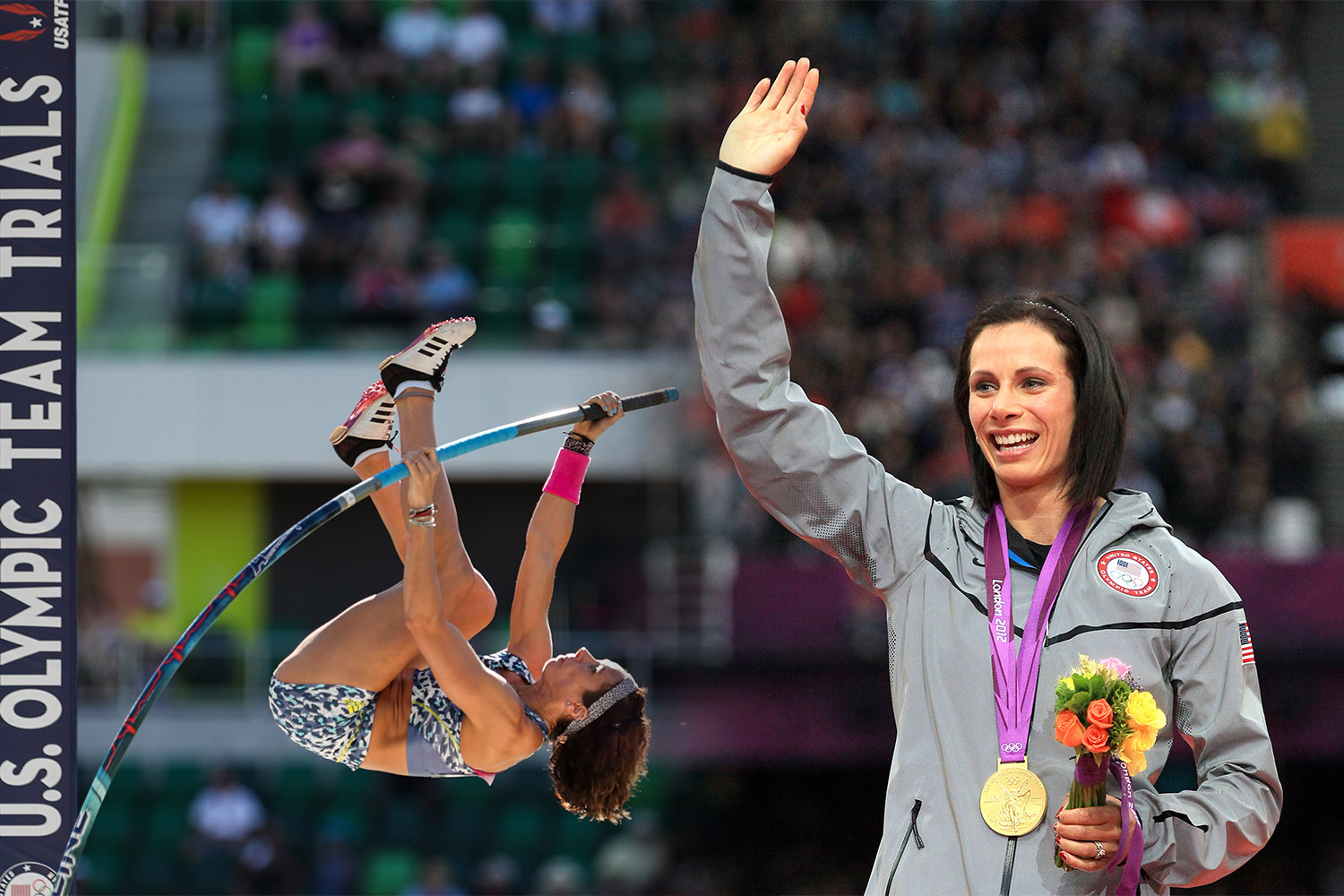 CHURCHVILLE, New York (Jun. 23, 2022) – Jenn Suhr, the 2012 Olympic Champion in the pole vault, has announced her retirement from professional track and field competition. Suhr’s professional career spanned a period of 17 years that saw her become the most accomplished pole vaulter in American history and one of the all-time greats worldwide in the sport of track and field.

Originally an accomplished collegiate basketball player from Fredonia, New York, Suhr won her first US national title in 2005, only ten months after she took up pole vaulting. It was the first of seventeen US championships she won during her career, including three US Olympic Trials titles, a feat no other American pole vaulter has accomplished. In addition to her Olympic title in 2012, Suhr also won the World Athletics Indoor and Olympic silver medals in 2008, the 2013 World Athletics Championships silver medal, and the World Athletics Indoor gold medal in 2016, the latter of which was won without a single miss in the competition.

In addition to her titles, Suhr set twelve American records and became the first American woman to break both the 16-foot and five-meter barriers. In 2013, Suhr broke the world indoor record with a clearance of 5.02m/16’5.5” at the USATF Indoor Championships, a mark that still stands. As of today, Suhr owns three of the five highest ever women’s pole vault clearances indoors as well as nine of the top twenty clearances by American women outdoors.

In 2020, Suhr was named Pole Vaulter of the Decade by Track & Field News, and The Buffalo News declared Suhr as Western New York’s greatest ever female athlete across all sports.

“I feel very lucky to be ending my career with the support and guidance from the same people I had around me when it began,” said Suhr. “First and foremost, I owe so much to my husband and coach, Rick, whose love and energy were essential to me clearing every bar in front of me these last 18 years. I’m very proud to have represented adidas from the start and I’m beyond grateful for the foundation and support they’ve given me throughout my career. And of course, I want to thank my family, friends and everyone that was there for me on this unforgettable journey.”

Suhr ends her professional career as one of the most accomplished athletes in American history and one of the most prolific pole vaulters of all-time. Global Athletics & Marketing, Inc., is honored to have represented Suhr since 2006 and we wish her and her husband and coach Rick Suhr nothing but continued success as they enter this next chapter of their careers.