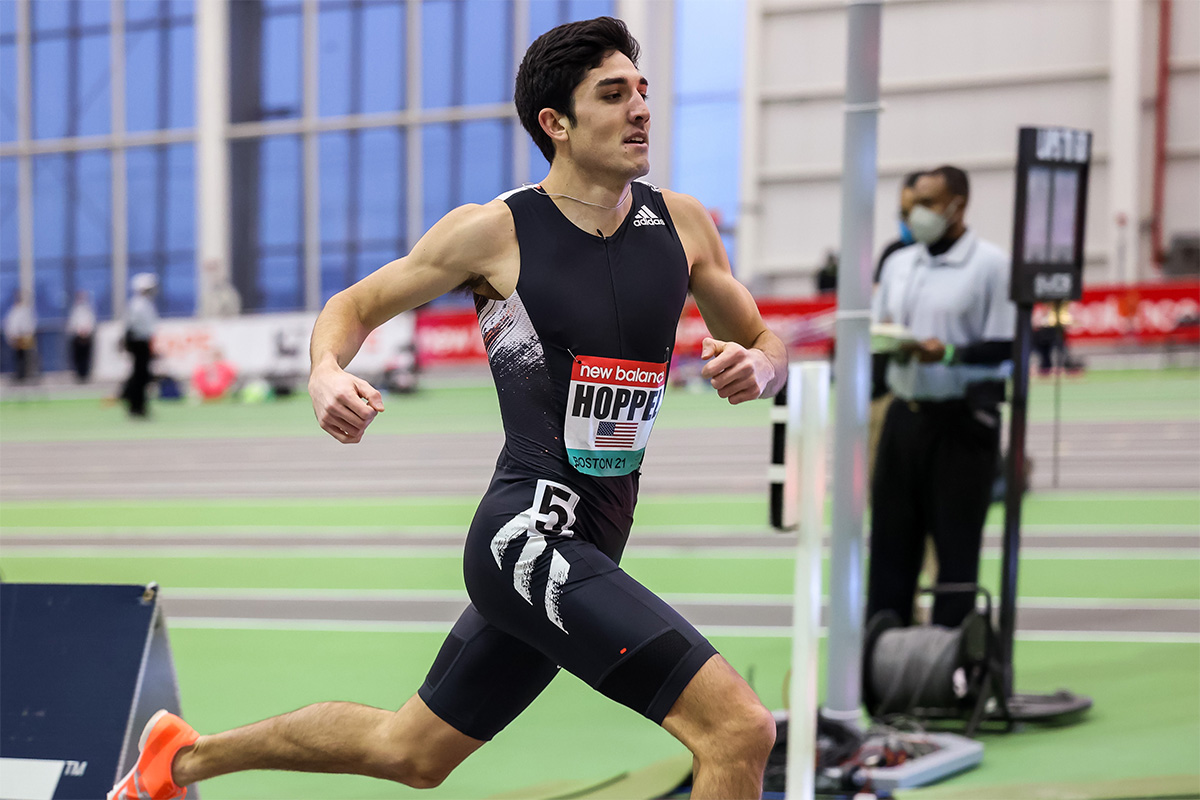 In his only two competitions of the 2021 indoor season, Bryce Hoppel showed that he is in spectacular form.

At the American Track League meeting held on the campus of the University of Fayetteville, Hoppel won the men’s 800m going away in a time of 1:44.37, a huge indoor personal best and a time which makes him the second-fastest American and the seventh-fastest man all-time in the event.

Two weeks later at the New Balance Indoor Grand Prix, Hoppel stormed to victory in the men’s 1000m, winning in a new American Record of 2:16.27. In addition to being the fastest time in the world for 2021, the time also makes Hoppel the eighth-fastest man in history.