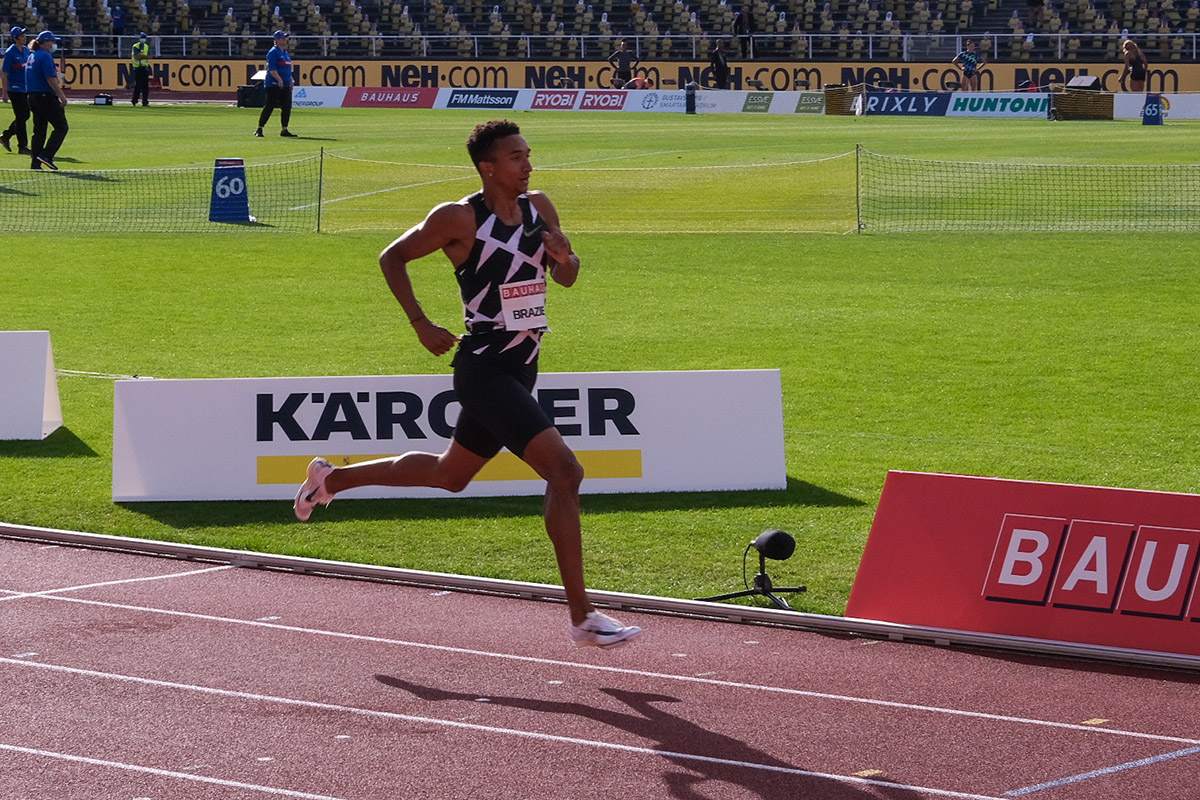 Donavan Brazier, the reigning world champion at 800m, ended his 2020 campaign with a perfect card, winning every one of his races.

Brazier’s limited season saw him win tightly contested 800m races in Stockholm and Monaco, the latter of which in a world-leading 1:43.15, as well as a 600m in Hungary and a 1500m in Portland. Brazier’s limited campaign saw him close out the year as the clear number one in the world at 800m.